The weekend with TJ

The weather turned out great and everything was just about right this weekend. Saturday was the Tom Jones concert at Ravinia, and we couldn't have asked for better weather. And such cooperation from mother nature, when she was sulking all week with rain here and there. 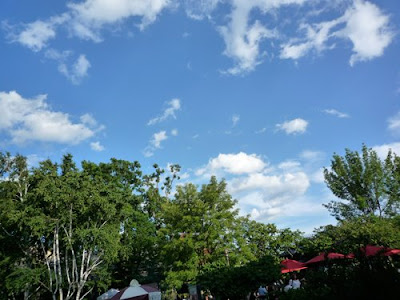 The crowd that gathers at these outside festivals are ginormous. The lawn seating can't see the main stage, but there are speakers everywhere and people picnic (or actually bring their whole dining table and then some) and chill. Considering the amount of people, it's a nice and relaxing time. 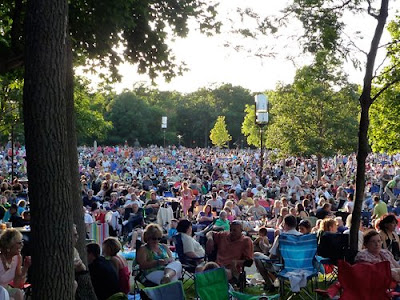 We were lucky to have had Pavillion (theater) tickets. First time. Here's a picture of the old man himself. 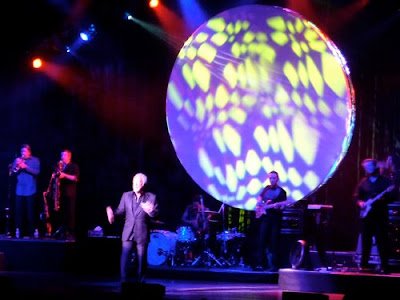 We were probably one of the younger crowds that gathered for this show. But no matter. Here is my husband rocking to the music. He usually shows such little enthusiasm...it was a good concert, I gotta tell ya! 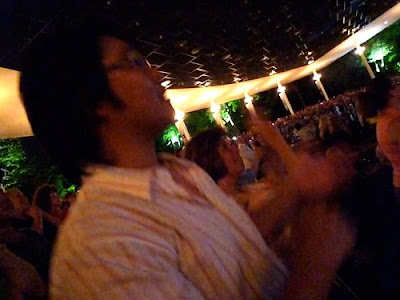 Though there were a few fans that were a little aggressively enthusiastic for my taste. There was a group of middle-aged women (I would suspect 40-50) who decided to take off their underwear and twirl it in the air as Tom Jones sang Sex Bomb. The women in the seats in front of us proceeded to undress and join the festivities. Yes, that's an undie on the left and a bra on the right. yuckie! And they did NOT bring an extra pair! I never thought a TJ concert could get so roudy.... 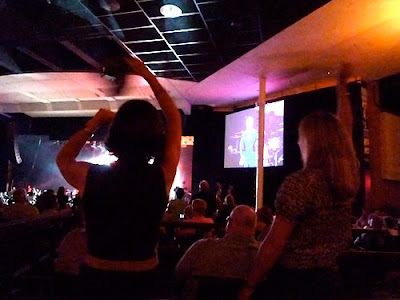 Just a preview of my little life in the 'burbs of Chicago. Introducing some art, some work, some fluffy cuteness, and everything in between.

Ambition without knowledge...is like boat without water.
-Mr. Miyagi

Those I can count on

What else is there?